The importance in society of mastering several languages ​​is spreading rapidly throughout the world. More and more doors are opening the domain of a second language and, of course, a third language. There are examples of countries where children are able to master several languages ​​from a very young age in a natural way and we feel that we should follow their example. As parents if we are part of a family from different cultures, different places and share different languages, it is best for the child to learn the mother’s language easier because of its ease in learning it and then learning other languages.

The preschool period is conducive to language learning due to the adaptability of the brain of young children. In addition, at an early age, children distinguish and reproduce sounds more easily. This allows them to speak a language without an accent. Some parents, however, fear that learning more than one language causes a language problem for their child. It’s not like that. Recent studies have shown that learning two or more languages ​​does not cause language impairment or aggravate language difficulties in children who suffer from it. Generally, when you live in English-speaking countries, it is recommended that you learn it at school since your immersion in the language will be first hand and with people who speak it in a fluent way and thus adapt it in an easier way.

In language learning at a young age, the best known method is immersion in the language in a natural way, this must be supported with different techniques such as intelligence bits and musical and visual media. When we are born we have no knowledge about the world around us, it is from the second number one when our practically blank brain begins to collect all the information that comes around it. Depending on the information that we are getting, the brain begins to make its connections in order to face the problems or situations with which it is going to have to find the rest of its life.

If a child from birth only listens to a language around him, his brain will prepare and recognize that language as the only one that exists to communicate, thus organizing the brain in a way to make it as easy as possible to communicate with his environment. That is why we should not teach you languages ​​because yes, but those we know, that we handle and that we really want our baby to learn since it will not be easy to teach him without the parents having the knowledge or without having different nannies of different languages ​​every day to our son. As parents we must first analyze why we want our children to learn new languages ​​if it is because we are in a family of diverse cultures or simply because we want to have a genius child. 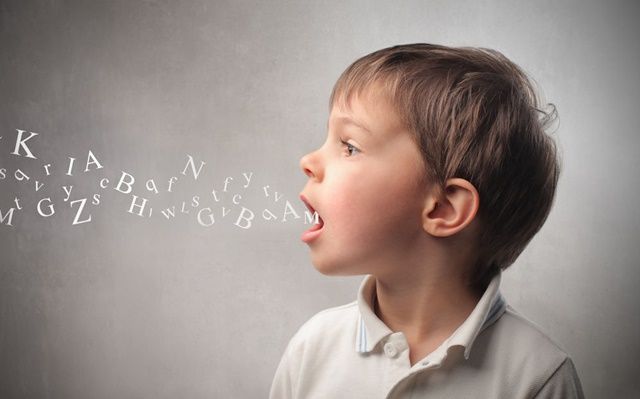