Today before telling you what international day we are going to explain why the UN separates these days and presents them to the world year after year. The international days are born when the UN recognizes a massive problem, in this way the UN makes it public to educate us in situations that should raise more concern in all countries, as we have always said in 123pormi, we are usually so self-absorbed in ourselves that we do not we raise our heads to see what others are going through. If other countries are not directly involved, this is a way to mobilize states and resources to solve world problems. Just as we want to make known situations that affect the world, we also want to celebrate achievements that we have achieved as a community or as the UN calls “achievements of humanity”. The existence of international days dates to the creation of the United Nations Organization, these days became a tool to empower communities that need help, to give hope to people who go through situations of war, up to to give credit to the people who move the world in a positive way. It is for this reason that international days have become in this newsletter of encouragement to make planet earth a better and healthier world.

Today June 20 is the day of the refugee, for no one is a mystery that we are in a world where violence forces thousands of families to escape to survive every day. Currently one of the largest refugee movements are Syrian refugees in Kurdish who are crossing into Turkey through the city of Kobani, surely you did not know. It is for this reason that there is a refugee day, to send a message to governments that we must work together and support each other. This day is not only to show the world a difficult situation in which we can help, but to celebrate all the refugees who draw strength, courage and perseverance to get ahead with their families. Possibly none of those who are reading this post today would like to go through a situation like these, the problem is that, just as in Syria there is a civil war today, tomorrow it can be in any country in the world.

Some of the examples of perseverance that the UN presents us are some refugees who return to their homes in Syria, destroyed, where there is nothing to recognize, but communities like these are those that rise up out of nowhere and fight for their rights, for what belongs to them and that they have built throughout their lives and shows how their lives are taken from them, they will not let themselves be defeated. People like Jihad, a 29-year-old who according to his community “was the last to leave, but was the first to return”, the account to the UN as the task of rebuilding his home is “devastating”, but not he will let it collapse because he wants to show his family and his community that there is no strength to defeat us if we are united. Another example that we are shown is Aminata, a family mother who was born in 1960, when her country Ivory Coast got its independence, is the head of his family where there are already three different generations, tells how they are nomads, without a fixed home that they walk all over Ivory Coast from city to city while devastation pursues her.
Here is where we ask ourselves: Why should we go through a situation like this, to begin to appreciate the life we ​​lead? To read this, take a moment to look around and thank for everything that surrounds you, thank for your family, for your home, thank you because you have not violated your rights, thanks because you can work, appreciate that you can walk . Do not forget that nothing is definitive, that it has not started to thunder, it does not mean that the storm will never arrive. 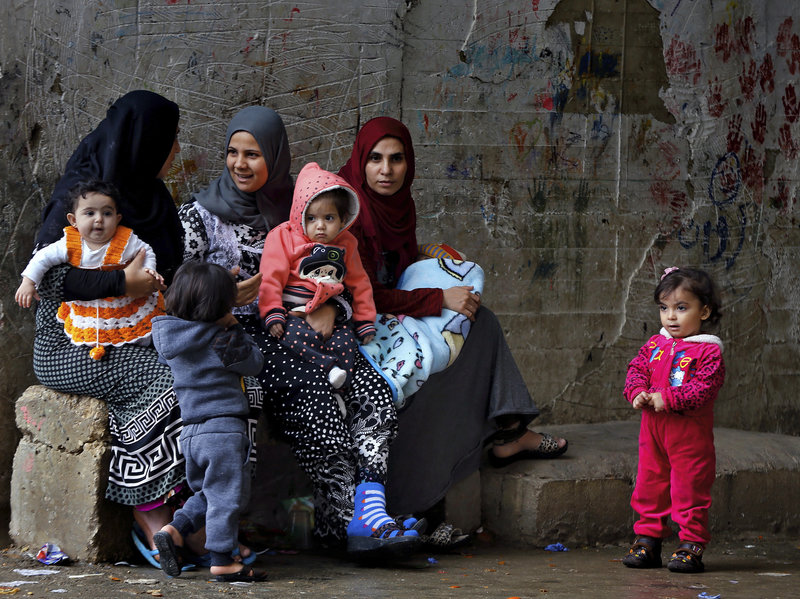